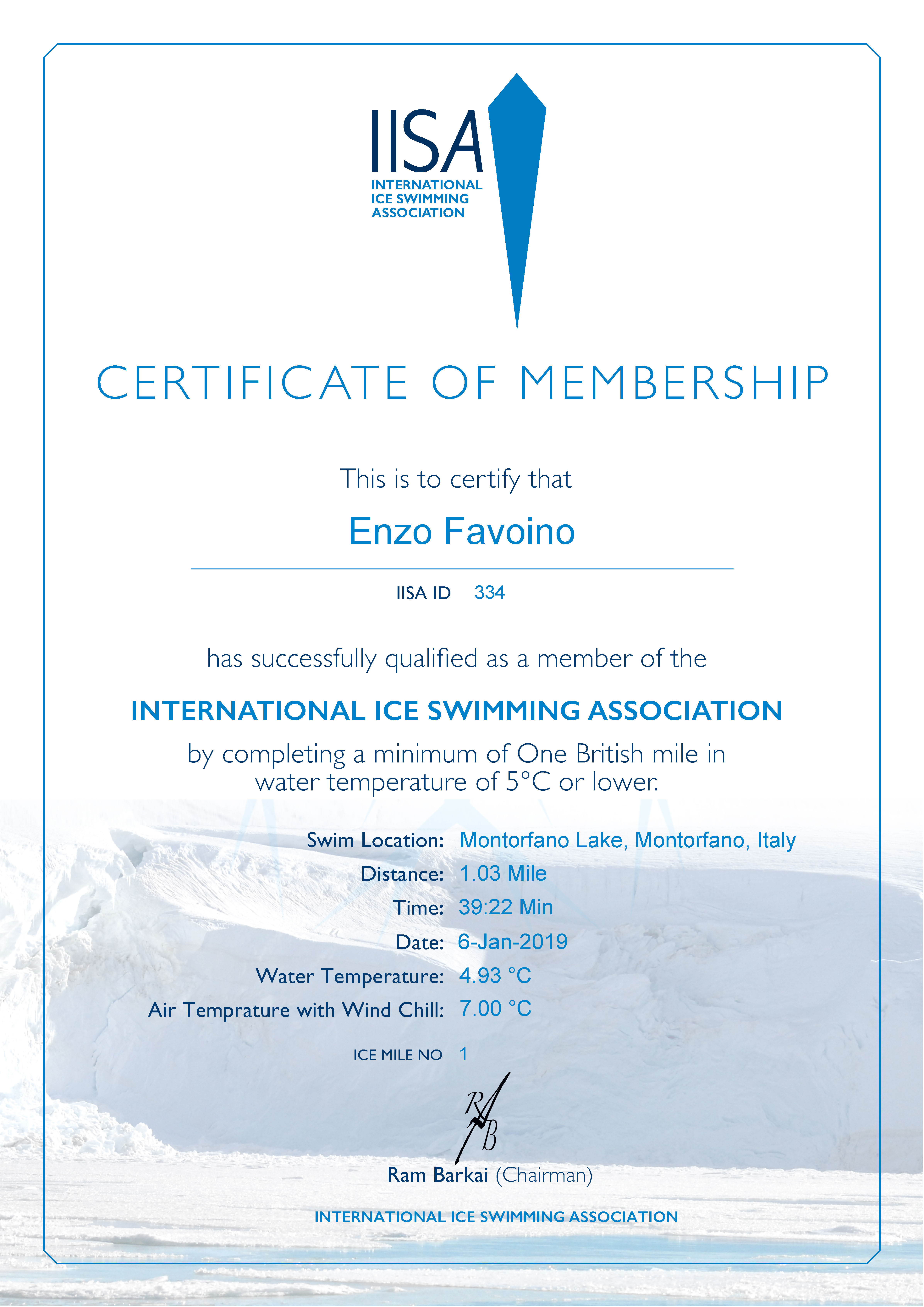 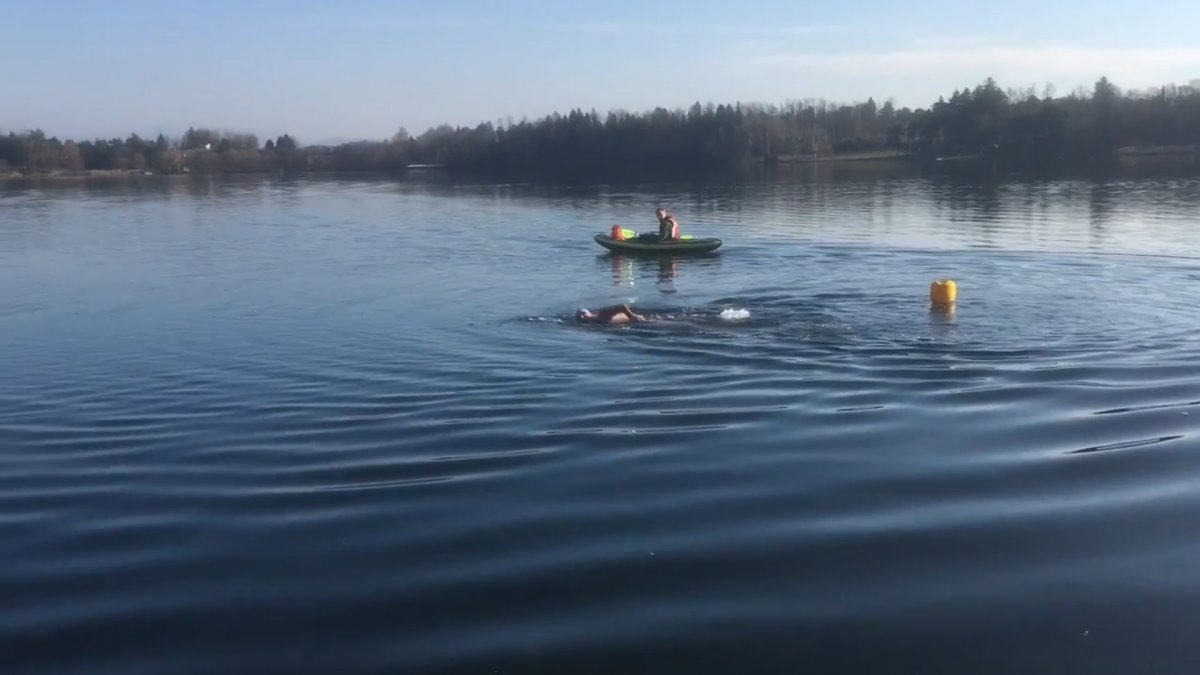 Swim Story
The swim took place on 6 January 2020, in Montorfano Lake, with a swim course consisting of 8 laps (4 times both ways) between 2 buoys placed at 202 m from each other; also, the swimmer had to swim 20m from the shore to first buoy and 20m after last buoy until the exit from water, totalling more than 1650 m.

GPS coordinates of the buoys were accurately recorded through handheld GPS, so as to avoid any erratic measure of watch GPS. Pictures with GPS coordinates at the points of placing of both buoys are provided, and so is the measured distance between the 2 GPS-identified points.

The course was near the shore of the lake, with distances from the shore ranging from 5 to 20 metres. Support and safety were ensured by a kayaker and a SUP

Water temperature was taken in the area between the 2 buoys, with displays laying on the SUP surface and the probes placed at some 20-30cm beneath the water surface. The picture that displays the thermometers, was taken at 12.43. The swim started at 13.03

Before the swim, a briefing paper was read by the Observer, notifying the swimmer of the rules, and instructing the organising team about individual roles, safety measures, and post-swim support. Text of the briefing paper (in Italian) is attached, and a video of the brieing is available if need be.

Both entry into and exit from the water were unassisted as per IISA rules.
The swimmer had a smooth recovery on site, and no medical support was needed at any time.

To read more about this Ice Swim, please click the link below: